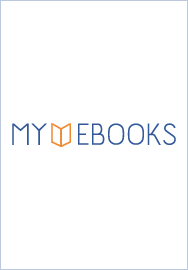 Applications of Flow in Human Development and Education

The third volume of the collected works of Mihaly Csikszentmihalyi covers his work on the application of flow in areas that go beyond the field of leisure where the concept was first applied. Based on his personal experience with schooling and learning, as well as that of many others and contrary to what Cicero claimed, Csikszentmihalyi arrived at the conclusion that instead of taking pride in making the roots of knowledge as bitter as possible, we should try to make them sweeter. Just as flow became a popular and useful concept in voluntary activities, it could likewise be applied in education with the end result of young people being more likely to continue learning not just because they have to but because they want to.This volume brings together a number of articles in which Csikszentmihalyi develops ideas about how to make education and more generally the process of learning to live a good life, more enjoyable. Since theory is the mother of good practice, the first eleven chapters are devoted to theoretical reflections. Some are general and explore what it means to be a human being, what it means to be a person, when we look at life from the perspective of flow. Others are more narrowly focused on such topics as consumption, education, teaching and learning. They help laypeople reflect how they can arrange their lives in such a way as to leave a small ecological footprint while getting the most enjoyment. The second section of the volume contains a dozen empirical articles on similar topics. They deal with the development of identity and self-worth; with the formation of goals and motivation; with loneliness and family life.